The Catholicism and the Arts Series will consist of five or six presentations throughout the 2017-18 academic year that address the multifaceted and continually new intersection of ‘Catholicism’ (its beliefs, rituals, symbols, culture, historical influence, etc.) and ‘the Arts’ (the gratuitous sign-making activities of painting, music, dance, literature, drama, sculpture, but also other forms of craftsmanship) so to illuminate fresh perspectives on the creative enterprises in the faith and the complexities of art. Presentations will be from two speakers on contrasting or complimentary aspects of a question related to this intersection between Catholicism and the Arts. We hope to provide intellectually stimulating but also focussed discussions in order to generate conversation between academics and general public. Sessions will be on a weekday evening, lasting about 60-90 minutes depending on the length of individual presentations and Q&A, probably followed by a pub trip or wine reception.  An online platform, a website and attached Facebook/Twitter interface, will help to keep those interested informed, as well as to continue the conversation between sessions and reach out to new audiences in the area.

The panels themselves will be led by two speakers, each who will have twenty-minutes to present on the central question of the night’s panel.  The focus on one central question will not only allow the speakers to present different perspectives in a unified and directed way, but also will encourage audience members think on the question themselves and engage in the discussion with perspectives of their own. This series of talks will seek to fill the need for dialogue between the community of faith and the academic community; for anyone seeking to know more or to ask further questions about their faith in the light of ‘art and culture,’ and for the academic discipline more broadly, which in its discourse is increasingly dealing with religious questions that must necessarily address the actual lived experience of faith in the community that often occurs through and in the ‘arts.’ 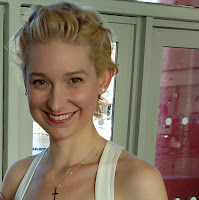 Katherine Hinzman is a PhD student at the University of York under the supervision of Professor Elizabeth Prettejohn studying the 'theological aesthetic' of nineteenth century artist and designer Edward Burne-Jones.  She completed her Masters degree in the History of Art and Visual Culture at the University of Oxford in 2016 and is currently in her third doctoral year.

The Art of Ministry, the Ministry of Art? 28 MARCH Session 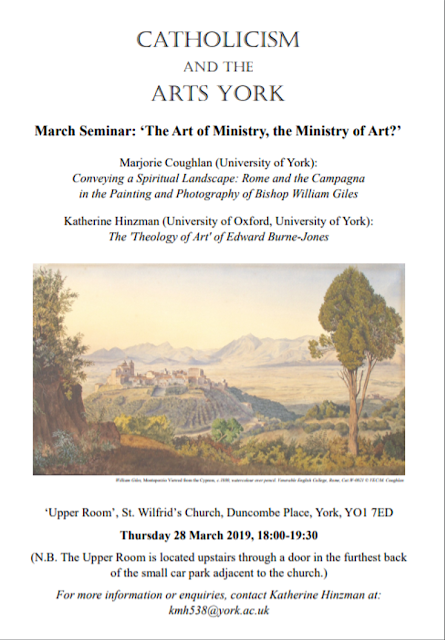